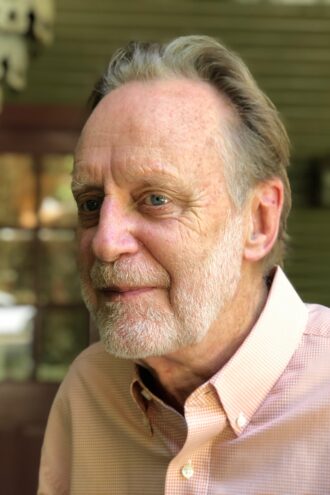 Jim Schutze is a recipient of the National Association of Black Journalists’ award for commentary, the Association of Alternative Newsweeklies’ national award for best commentary twice and Lincoln University’s national Unity Award for writing on civil rights and racial issues three times. In 2011 Schutze was admitted to the Texas Institute of Letters in recognition of his career as a journalist and author. Schutze was a columnist for the Dallas Observer from 1998 to 2020, Dallas bureau chief of the Houston Chronicle from 1996 to 1998. From 1978 to 1991 Schutze was the metropolitan page columnist for the Dallas Times Herald. In the early 1990s, he wrote six nonfiction books including, The Accommodation: The politics of race in an American City and Bully, which was the basis for a controversial film directed by Larry Clark. Two of his books were finalists for the national Edgar Allen Poe award for crime writing. Schutze is 126 years old.

By Jim Schutze | 3 days ago Whenever Mayor EJ uses the word "hereby," somebody's about to be muted.

By Jim Schutze | 7 days ago Pastor Freddie Haynes opposes violence but admits some in his community do not.

By Jim Schutze | 2 weeks ago Someone has to show us what's possible. Is this the future of tree lawns?

By Jim Schutze | 3 weeks ago The longtime state senator got stomped in Bexar and barely got the win in Harris.

By Jim Schutze | 3 weeks ago If they had a union on the Titanic, would that have affected the iceberg?

‘Abolish the Cops’ Is Spurring Smarter Ideas Than That in Dallas

By Jim Schutze | 4 weeks ago People are talking seriously about serious reform.

A Righteous Noise In Dallas’ Streets

By Jim Schutze | 1 month ago You know what the problem is? As one pastor puts it: “White folk don’t listen.” The protests have now passed 40 straight days.

State of Texas v. Ken Paxton, Straight Out of Dickens

By Jim Schutze | 1 month ago What would happen to this case if it were about anybody else?

Don Williams Swears the Oligarchy Is Down With BLM

By Jim Schutze | 1 month ago The former head of Trammell Crow Company offers a list of radical local reforms, which he says are supported by some surprising figures.

The Time I Brought a Shotgun to a Dogfight

By Jim Schutze | 2 months ago I deserved worse than merely being zip-tied in the street.

We use cookies to ensure that we give you the best experience on our website. If you continue to use this site we will assume that you are happy with it.GOT IT!